The Hollywood Reporter
„Thomas Sieben’s THE DAM is a quietly beautiful drama. The haunting, but not overdramatic film finds a fresh perspective on a familiar subject. American arthouse auds should respond well to it”

tip Berlin
„Dedicated cinema in its best sense, in a gripping and technically highly professional realization.” 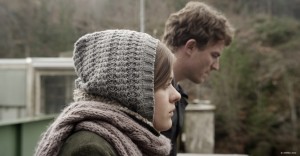 Deutschlandradio
„At the Saarbrücken Festival, Thomas Sieben shows the personality profile of a school shooter – and takes a very interesting approach.”

Filmecho/Filmwoche
„A haunting cineastic glimpse into the heart of darkness, providing a lot of material for thinking and discussion.” 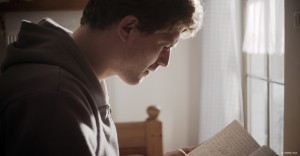 Saarbrücker Zeitung
„An imposing and also stylistically convincing movie for the big screen, brilliantly played by Friedrich Mücke and Liv Lisa Fries as the main cast.”

Oldenburger Lokalteil
„The highlight of the day: THE DAM – in a skilled and grand production. Aloof and emphatic at the same time.”

Kino-Zeit.de
„THE DAM is an important contribution to the topic.”

filmstarts.de
„A sensitive approximation to the phenomenon of a killing spree. Not an easy, but a haunting cineastic experience.”

Radio SR2
„There have been six killing sprees in Germany since 2002. THE DAM dares to dip into this sensitive topic.”

„You really captured the pain well. It was seven years ago, we are still looking for answers.”
A survivor of the Dawson College Shooting after the screening of THE DAM at the film festival in Montréal

Pfälzischer Merkur
„A silent, concentrated movie with haunting images and a subtle approach to the topic.”

„I know how that girl feels, I ran through the hallways, away from the gunfire. The way laura acts, how she’s bold and cool and untouchable on the outside is very close to what a lot of the survivors were and still are.”
A survivor of the Dawson College Shooting after the screening of THE DAM at the film festival in Montréal

Critic.de
„THE DAM manages to escape any clichées and stereotypes and finds an adequate cineastic form for the topic.”

Darmstädter Echo
„The silent drama THE DAM defies simple explanations and develops its story artfully from the edges.”

Oldenburger Onlinezeitung
„Highly recommended! This film is worth seeing!”